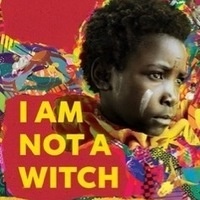 Women in Film Festival: I Am Not a Witch

Zambian-Welsh director Rungano Nyoni’s provocative satire revolves around a young girl sentenced to life imprisonment at a state-run witch camp. Counting Greek filmmaker Yorgos Lanthimos as kindred artistic spirit, Nyoni’s film is an at times unapologetically confounding work that tackles misogyny in Zambia. The film was shot over six weeks in the fall of 2016 around the country’s capital Lusaka, with a cast of largely non-professional local actors, led by a remarkable performance by nine-year-old Margaret Mulubwa. One of very few Zambian films to ever screen at the Cannes Film Festival, the momentous occasion led to Zambia’s president, Edgar Lungu, issuing a national congratulatory communiqué to the film and filmmaker, as well as an introduction of new film policies influenced by the realization of how important cinema can be in serving as an international postcard for the southern African nation. The stylistically fresh tragicomic film is the debut feature of an artist who clearly has a lot to say, and does so beautifully with this stunning work of magical realism.