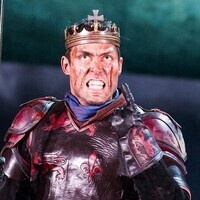 Will Power: A Week-Long Celebration of Shakespeare

Henry V: Laying claim to parts of France and following an insult from the French Dauphin, the young king gathers his troops and prepares for a war he hopes will unite his country. Directed by Gregory Doran (2015).