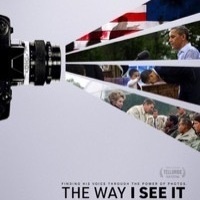 The Way I See It

As Chief Official White House Photographer, Pete Souza spent more time alongside President Barack Obama than almost anyone else, and his years photographing Presidents Obama and Reagan gave him an intimate behind-the-scenes view of the unique gravity of the Office and the tremendous responsibility that comes with it.  And as the official White House photographer for two administrations – both Democratic and Republican – Souza had unprecedented access to Presidencies on both sides of the political spectrum which has given him a unique vantage point on our current political landscape.  This view provided Souza with insights not related to policy or politics, but instead relating to the office of the Presidency more broadly, forcing him to confront challenging questions: What is leadership? What does it mean to be “Presidential?” American? Empathetic?  A leader of a global superpower? The film will track Souza’s journey from a man with top secret clearance and total access to the President, whose job description meant he was required to be invisible, to a man who has turned his focus on the present day and who uses his art as commentary to help us understand where we are now as a country and what we might be missing.