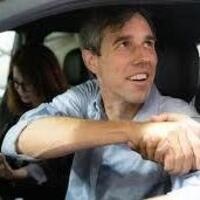 Jan Buhrman of Kitchen Porch Catering will be serving Mexican pulled chicken tacos, pickled veggies, and watermelon salad at 6:30 p.m.. Kid-friendly and vegetarian options are available. Buy your dinner in advance, with your movie tickets. Live music will be performed by Lydia Fischer.

Movie begins at 8 p.m. Could Beto O’Rourke be the next president of the United States? Some people think so, even though the Texan’s one of many in that race—but only last year the three-term member of the U.S. House of Representatives gave up his seat in order to run for the U.S. Senate. Going behind the scenes of O’Rourke’s unconventional, breakaway campaign to beat incumbent Ted Cruz, this film captures his rise from virtual unknown to national political sensation.