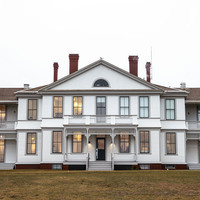 Thomas Hart Benton catapulted to national fame in 1934, when his self-portrait was featured on the cover of “Time” magazine. While Benton is well-known for his midwestern scenes, he spent more than 50 summers of his life on Martha’s Vineyard. Join author Henry Adams as he discusses Benton’s evolution from an obscure struggling artist to one of the country’s most famous painters, and explores the impact the Island had on his work and life. Adams will also explore the complicated relationship he had with his most famous student, Jackson Pollock, who was a frequent summer guest of Benton on the Island.