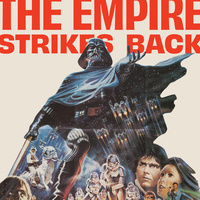 Sold Out: Summer Drive-In: The Empire Strikes Back

In the acclaimed second film of the original Star Wars trilogy, Luke Skywalker (Mark Hamill) begins Jedi training with Yoda (Frank Oz) after the Rebels are brutally overpowered by the Empire. Meanwhile, his friends are pursued all over the galaxy by Darth Vader (James Earl Jones).