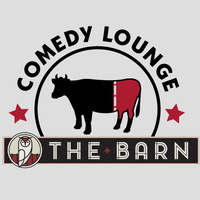 Don Gavin is considered the Godfather of Boston Comedy. He was one of the original founders of the famous Ding-Ho Comedy Club in Cambridge, MA (a launching pad for some of the funniest, brightest and most original comic talent in America.)

Rafi Gonzalez is one of the fastest rising and highly sought after comedians in the New England area and beyond. With a background as a nationally touring singer in a rock band, Gonzalez had no problem transitioning his command of the stage into the comedy world. Originally from Puerto Rico, Rafi uses his experiences growing up with clashing cultures to consistently engage and entertain crowds of all ages and facets of life.

Boston’s Gary Marino is a comedian, musician, published author, film-maker and live show producer. He has performed at Laugh Boston, Showcase Live at Gillette Stadium, Newport Grand Casino, Chatham Bars Inn and resorts such as The Cape Codder, Seacrest, Burke Mountain, Wachusett and Gunstock among many other venues. Marino recently opened for acclaimed humorist Loretta LaRoche . He shared the stage with Lenny Clarke at the 5th Annual The Cape Cod Comedy Festival as well as delivered over 200 humorous presentations for Blue Cross Blue Shield between 2004 and 2010. When not hosting shows, charity events and cooking competitions, Marino can be found performing with his comedy band “World Gone Crazy."