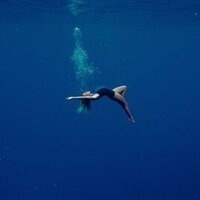 Born into a family of surfers in Kauai, Bethany Hamilton began surfing competitively at eight years old. In 2003, at age 13, she was attacked by a 15-foot tiger shark, resulting in the loss of her left arm. But not only did she survive—she was back on the circuit just a year later. Now a mother, Hamilton undertakes her greatest challenge: chasing a toddler, and the biggest wave of her career. A tale of bravery, perseverance, athleticism, and hope, this film gives new meaning to the expression “surf like a girl.”