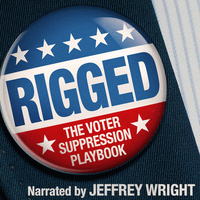 The Advancement Project and American Issues Initiative invite you to an extraordinary screening at the Martha's Vineyard African American Film Festival, along with a talkback that features:

Rigged: The Voter Suppression Playbook chronicles how our most important right, the right to vote, is being undercut by a decade of dirty tricks – including the partisan use of gerrymandering and voter purges, and the gutting of the Voting Rights Act by the Supreme Court. The film captures the 2016 elections as we witness in real time voter purges in North Carolina and voter intimidation in Texas.