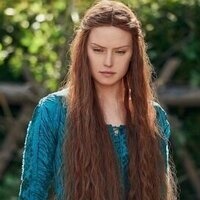 Shakespeare for the Masses? Well, at least not just for the bros. One of the Bard’s most beloved plays has received a feminist reworking. Daisy Ridley (of Star Wars fame) fetchingly inhabits the titular role of Hamlet’s paramour—not so ill-fated here—and is ably supported by the no-less-entrancing likes of Naomi Watts (Gertrude), Clive Owens (Claudius), and as the troubled prince of Denmark, George MacKay (last seen deer hunting with Viggo Mortensen in Captain Fantastic, MVFF 2016).