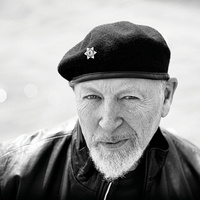 In 2017, Ivor Novello Award-winning and Grammy ® Award-nominated legend Richard Thompson gave himself up to the music itself. Picking up a guitar, emotions echoed through his deft fleet-fingered fretwork, poetic songwriting, impassioned picking. Those transmissions comprise his nineteenth solo album and return to New West Records, 13 Rivers.