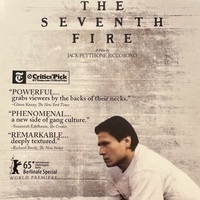 In celebration of National Native American Heritage month, we will be showing several films that were not only created by Indigenous people, but also highlight their experiences. These films explore aspects of American culture and identity that have been influenced by Native Americans. No registration required.

In the 2016 American film The Seventh Fire, gang leader Rob Brown is sentenced to prison for the fifth time and must confront his role in bringing violent drug culture into his beloved Indigenous Peoples community in northern Minnesota. As Rob reckons with his past, his 17-year old protege Kevin dreams of the future: becoming the most powerful and feared Native gangster on the reservation.

A powerful and unflinching, this film is a rare window into an American subculture never seen before on screen.