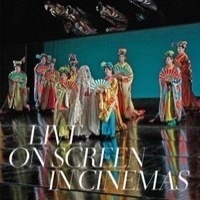 Leading sopranos Hui He and Ana María Martínez share the heartbreaking title role of the doomed geisha, with tenors Piero Pretti and Bruce Sledge as the American naval officer who abandons her. Brazilian baritone Paulo Szot adds a new role to his Met repertory as Sharpless, a role that he has previously sung at Marseilles Opera. Pier Giorgio Morandi is on the podium for Anthony Minghella’s sweeping production, a perennial audience favorite.