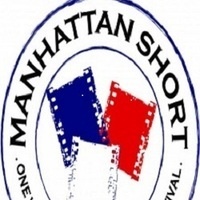 Film lovers of Martha’s Vineyard can unite with an audience of over 100,000 film buffs in over 250 cities across 6 continents during this week, when the Manhattan Short Film Festival screens at the Martha’s Vineyard Film Center.

The nine Manhattan Short finalists hail from eight countries with films from Austria, Canada, Germany, Hungary, Kosovo, New Zealand, the USA, and two films from the United Kingdom. These final nine short films represent the best short from among 1,565 submissions from 73 countries received by Manhattan Short in 2018, a testimony to the enduring vibrancy and creativity of short films. This year’s finalists bring together an extraordinary range of film genres including intimate dramas;fast-paced animation; spine-tingling tales; a World War 11 epic; a film shot entirely underwater and a dark comedy as part of the Manhattan Short 2018 program.