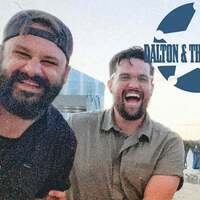 Dalton & the Sheriffs has been many things over the past 11 years, from an acoustic act to pay the bills, to a nationally touring outfit of hired guns. But it is finally something it has never been before: a true band. The additions of Ryan Jackson (guitars and keys), Jay Tagg (guitars), Dennis Walsh (bass), and Jake Wertman (drums) coalesced in the moments before the pandemic during a magical show at the legendary Paradise Rock Club in Boston on March 10, 2020. Rather than standing still during the pandemic, the band became a corporation, sold shares to their friends and released 23 (23!) new songs.