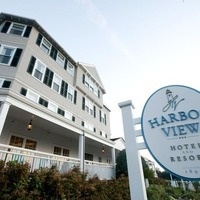 Watch the landing of the first swim from Nantucket to Martha's Vineyard.

A Long Swim has announced a premier open water marathon swim from Nantucket to Martha’s Vineyard. English Channel Swimmer Doug McConnell will be the first to attempt this swim, and will have the critical support of Martha’s Vineyard boat pilots, navigation experts, and his highly seasoned open water crew that includes two experienced ocean kayakers.

The landing is expected to be at 6 p.m. according to the swim's navigation experts. In addition to the open ocean kayakers and the A Long Swim Team, a reporter from the Vineyard Gazette will be on board. The party is open to the public and all members of the press are invited.

In addition to the English Channel, McConnell has swum the the Ka’iwi Channel, the Catalina Channel, around the Island of Manhattan, and the length of Tampa Bay. His marathon swims raise funds for ALS, Lou Gehrig’s Disease, through the foundation A Long Swim, an IRS-recognized 501(c)3. To date, A Long Swim has raised more than $500,000 for collaborative ALS research at Northwestern University, and ALS patients throughout the world have benefitted from their findings. In part because of A Long Swim’s efforts, the world-class research team at Northwestern is on the brink of important discoveries with announcements coming this summer.

The Nantucket to Martha’s Vineyard swim is 18 miles, with some challenges that are specific to that route. Sharks and jellyfish top the list and navigating through tides, currents and shoals will keep the crew on alert the whole expected time of 10 hours.