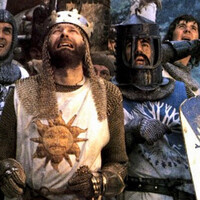 Join the Cult: A Film Series

A satire that satirizes everything, 44 years after its release it remains the gold standard in subversive comedy. Sometimes witty, other times goofy, it's always over the top. Terry Gilliam and Terry Jones co-direct the whole Python gang. (UK, 1975).

This series is for adults.