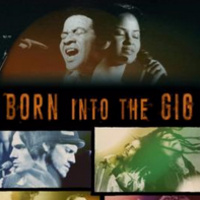 FILMUSIC Festival: Born Into the Gig

For these "children of," a career path in music may seem perfectly obvious. But the reality of making it on their own merits in "the family business," takes each character on a journey fraught with unexpected turns, emotional pain, and surprising highs.  Chris struggles to balance the touring life with single fatherhood. Ben writes countless tunes on his family's farm though he claims that, "no matter how successful" he becomes, he'll always "feel like a failure." Daunted by her fathers' legacy of world-class pop tunes, Kori battles self-doubt as she records her first album. Sally trades her touring singer-songwriter life for something entirely different in the art world. And Skip Marley, the self-described "rookie" of the Marley clan, rockets from playing in his bedroom at age 19 to releasing a first hit and joining Katy Perry at the Grammys.