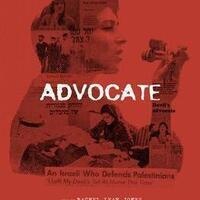 Directed by Rachel Leah Jones and Philippe Bellaiche, Advocate is an extraordinary documentary about one of the most important human rights lawyers in the world. Lea Tsemel is a Jewish-Israeli lawyer who has dedicated her life, for nearly five decades, to defending Palestinians in the Israeli criminal courts. Enduring vitriolic attacks from the public and the press, she has remained steadfast in her belief for compassion within the court system. The film follows two of Tsemel’s cases, including the high-profile case of a 13-year-old boy convicted of two attempted murders. Tsemel reflects on the political significance of her work and the price she has to pay for assuming the role of “devil’s advocate.” This provocative film exposes the human fallout of the Israeli-Palestinian  conflict.
Note: Author Geraldine Brooks, who has written about Tsemel’s work in The New Yorker, will speak at this screening.
Named Best Documentary at Thessaloniki Film Festival 2019
And Hong Kong International Film Festival 2019