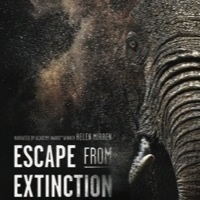 American Humane’s inaugural 90-minute documentary throws a vitally important spotlight on critical efforts that may be among the last, best chances to save one million species on the verge of a catastrophic mass extinction.

Narrated by Academy Award, Tony and Emmy-Award-winner Helen Mirren, the film examines the work of the major zoological organizations that are racing against the clock to preserve the million species disappearing in today’s Sixth Mass Extinction.