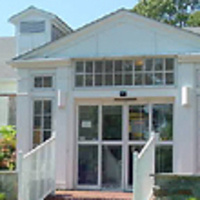 Martin Garbus, one of the country’s leading First Amendment lawyers, has just published North of Havana: The Untold Story of Dirty Politics, Secret Diplomacy, and the Trial of the Cuban Five (New Press). It’s a riveting look at the U.S.-Cuban relationship seen through the lens of a nearly impossible case, that Kirkus Reviews has called “both an indictment of the legal system and a plea for prison reform – a harrowing chronicle of a fight for justice.” North of Havana tells the story of a spy ring sent by Cuba in the early 1990s to infiltrate anti-Communist extremists in Miami. Erroneously charged by the U.S. government in connection with the 1996 shootdown of two planes circulating anti-Castro leaflets over Havana, the spies—in the absence of evidence—were convicted in 2000 of conspiracy to commit espionage and murder. Caught up in the sweep of history, the Cuban Five, as they became known, played a central role over the next decade in the recent thaw in Cuban-American relations.