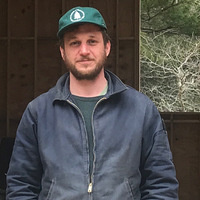 An Evening with Willy Mason

The library will host a concert with Island singer-songwriter, Willy Mason. Refreshments will be served.

Mr. Mason is a 2nd generation singer-songwriter raised on the Island. He has toured internationally with numerous bands and released 3 full length albums since his first single Oxygen was released in 2004. Written for his music theory class with Ms. Wightman at MVRHS, it was picked up by a couple UK DJs and quickly made its way to #23 on the British pop charts. He still lives on the Vineyard playing and teaching music, producing, and working odd jobs. He is currently building a workshop and writing songs for a new album, some of which will be debuted at this event. Known for lyrical writing in the vein of Bob Dylan and Townes Van Zandt, his newer songs experiment with rhythmic and melodic complexity and socio-philosophical explorations in the name of Love.