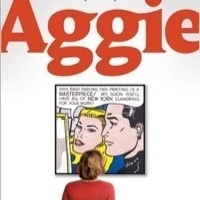 Catherine Gund’s deeply affectionate paean to her mother – philanthropist and art collector extraordinaire Agnes “Aggie” Gund – tells two stories that meld into one: the elegant, if conventional divorcée and mother of four who leaves Cleveland for New York and becomes ensconced in the art world (in 1991 she became president of the board of the Museum of Modern Art); and the woman whose profound experiences with guilt and empathy fuel her decision to sell a beloved Roy Lichtenstein painting and gift $100 million to establish The Art for Justice Fund with the Ford Foundation’s Darren Walker – investing in imagination to end mass incarceration. Activist/filmmaker/friend Ava DuVernay and Gund’s own African-American grandchildren helped seal the deal. Visiting with Gund in her art-filled home (Arshile Gorky, Lynda Benglis, Ellsworth Kelly, Glenn Ligon, Julie Mehretu, Christo, Louise Bourgeois, Mark Rothko) is just one of the film’s many joys. Special added attraction: John Waters.