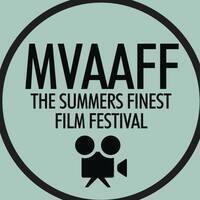 The Run&Shoot Filmworks Martha's Vineyard African American Film Festival also known as "The Summer's Finest Film Festival" is now entering its 17th year on Martha's Vineyard. They have screened and promoted some of the most outstanding and emerging Feature, Documentary and Short films produced by and starring African Americans from across the world.

Was entertaining. We are interested in maybe catching the series but not inclined to pay (much) for it as it very course and had genuine soft-porn scenes (as we deemed such, perhaps not for most);

Wife went for the FIlm Shorts, thoroughly enjoyed it...

The film itself was "interesting" as it admittedly it was a bit "deep" but nonetheless I will watch it as opportunity allows. An unfortunate side note...the "conversation"/interview afterwards was VERY disappointing. We (the Wife and I) normally stay and enjoy those but that evening, after "David Makes Man" the host was far too full of himself to really enjoy as it seemed to be all about him and his opinions. Hopefully he'll be be avoided in the future as we were among many who left during his discourse. Also, making the after-party an exclusive event for daypass and all-access pass holders was seriously elitist and very disappointing. That particularly detail convinced us to plan for less MVAAFF and more Comedy festival next year...